In today’s post, we are going to be counting down the top 20 smartphone cameras in the world.

Cameras on a smartphone are very very important. They are one of the four main specs that people look out for alongside the SoC, display and battery. A good camera is a deal breaker for those who can afford it.

Camera comparison is a serious business amongst smartphone users. Companies know this, so there is an arms race amongst them for who makes the smartphone with the best camera. 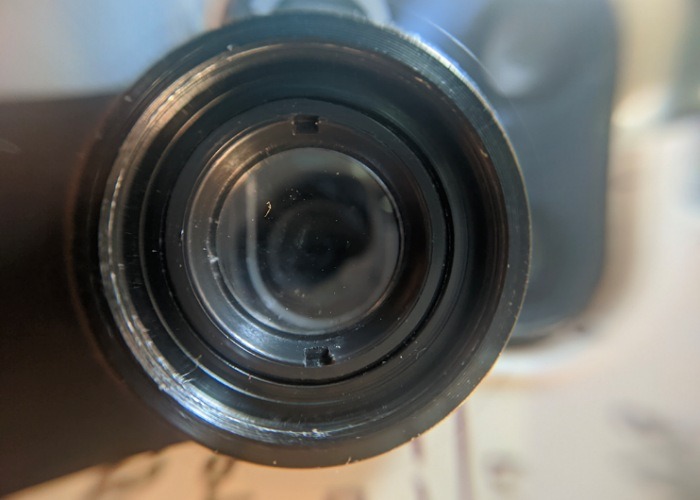 Top 20 Smartphone cameras in the world

This comparison was made using data primarily from DXOmark.

We kick off with the Honor Magic 4 Pro. This device sports a massive 50MP camera powered by the Sony IMX 766 with a pixel size of 1.0um.

The Google Pixel 6 despite all its hype, finishes in 19th place, well below the Pixel 6 pro. It also sports a 50MP Samsung GN1 main sensor.

This weirdly named phone is Qualcomm’s most recent attempt to get into the smartphone market. Qualcomm spared no expense on this device and it has a very good 64MP Sony IMX 686 sensor as well.

This is another photography heavyweight that took 2020 by storm. It uses a 48MP Omnivision OV48C. It used to be ranked much higher, now it has to make do with 15th position.

This Xiaomi flagship finishes far outside the top ten.

The X5 Pro from Oppo is also another photography giant from Oppo. This phone also sports a massive 50MP Sony IMX 766 main camera.

The S22 Ultra (Exynos) with its 108MP Samsung HM3 camera finishes just outside the top ten.

This was once the most desirable Flagships in the world about 2 years ago. It has aged well enough to hold a spot in the top 10.

The X70 Pro+ is one of Vivo’s current flagship offerings. It drops two places to finish 10th on the list. It uses a 50MP Samsung GN1.

Google set the hype train in motion, long before the Google Pixel 6 Pro made its debut. Based on Google’s track record with its Pixel phones, almost everyone was expecting a world beater. It limps to an 9th place finish, just ahead of Vivo X70 Pro+.

The Google Pixel 6 Pro has very good cameras (50MP Samsung GN1 main) but I guess I expected more from them.

The Snapdragon variant of the S22 Ultra finishes well ahead of its sister Exynos variant. This is despite the fact that the both use the same 108MP Samsung HM3 camera. It is a true testament to Qualcomm’s imaging technologies.

The Mate 40 Pro is also another giant from last year on the downward slide. That not withstanding, it is still capable of world class performance. It shares the same camera setup (52MP Sony IMX 700 with an aperture of f/1.9) with the Huawei P40 Pro.

In 7th place, we have the latest of Xiaomi’s creme de creme, the Xiaomi 12S Ultra. It sports a humongous 50MP 1″ Sony IMX 989 sensor and is a photography giant.

In sixth place, we have the former smartphone photography king. The Huawei Mate 40 Pro+. This phone uses the same camera setup (52MP Sony IMX 700 with an aperture of f/1.9) as the Mate 40 Pro and the P40 Pro.

Before getting to the top 5, lets look some of the other smartphones with very good cameras that did not make the cut. Honorable mentions include Vivo X70 Pro (MTK), Vivo X60 Pro+, iPhone 13 and 13 mini, Xiaomi 11 pro, Pixel 6a and the One Plus 10 Pro.

The Xiaomi 11 Ultra is a photography beast. It was once the undisputed king of photography in the smartphone world. It uses a Samsung GN2 which was (at some point) the largest smartphone sensor in the world.

This spot is a tie between Apple’s iPhones 13 Pro and 13 Pro Max who both stay ahead of Google’s new flagship. They both use the same 12MP Sony IMX 703 main camera with an aperture of f/1.5.

In third place is the Huawei P50 Pro. It leapfrogged the Mi 11 Ultra into first place a while back, now it has to make do with 3rd place. It uses a 50MP Omnivision OV50A main sensor with an aperture size of f/1.8.

Starting out in second place is the iPhone 14 Pro. These are Apple’s first devices to use a 48MP camera and it shows.

Honor continues the Huawei tradition of pushing out phones with great cameras. The Honor Magic 4 Ultimate has picked up the baton from it’s predecessor. Armed with a 50MP Samsung GN2 sensor, it’s the best in the world currently.

Thank you for reading to the end. As always, ensure to check out our links for more information